Binh Duong Province has the highest per capita monthly income in Vietnam at more than VND7 million ($302.73), according to the General Statistics Office. A 2020 living standards survey that covered around 47,000 families in 63 cities and provinces found the southern province’s per capita income higher than HCMC (VND6.54 million) and Hanoi (VND5.98 million).

Other localities with monthly per capita incomes of over VND5 million include Dong Nai, Bac Ninh, Da Nang, Hai Phong and Can Tho. 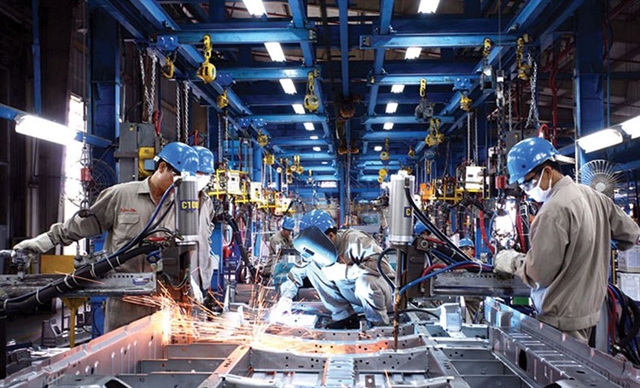 The national average is VND4.23 million, down two percent from 2019. Over the 2016-2020 five year period, however, per capita income increased by around 8 percent.

The monthly per capita income in urban areas is around VND5.54 million, about 1.6 times higher than that in rural areas (VND3.48 million).

The biggest problem hindering the development of…

Binh Duong implements epidemic prevention and control in the…

Enterprises Need to Prepare What Items When Joining…

Enterprises Need to Prepare What Items When Joining the Booth

Bac Ninh is the province with the largest industrial production…

The application of robots in manufacturing industries is…

The application of robots in manufacturing industries is nothing new…

Due to the novel coronavirus impact, Vietnam’s GDP growth hit…

Opportunities forecast for Vietnam’s economy in 2021

Apart from challenges, many opportunities will be offered to…

DA NANG — The central city of…

The central city of Da Nang has…